The Auburn High Boys golf team was off to Cape Breton on Monday for Provincials. The trip was highlighted and sponsored by Don MacDonald.  Don was able to put together an awesome experience for the Boys. He was able to get them a night at Cabot Cape Breton right on the Course. The boys played a practice round Monday at Cabot Cliffs which is the number 1 golf course in Canada and Golf Digest voted it in the top 10 in the world. It was an awesome time. On Tuesday, the boys headed to provincials at Le Portage in Cheticamp and were led by grade 12 student Zach Woods, who placed amongst the top of the individual finishers. Zach was the runner up and silver medalist from the 2021 provincials and is off to play NCAA golf in Minnesota next fall. The boys were also led by the great play of grade 11 students Lee Theriault, Carter Soontiens and Jack MacDonald who all helped the Auburn Boys Golf Team to a top 5 Finish in the province as a team. An awesome job for the team. Coach James Woods is very proud of his team’s performance. The trip to Cape Breton was very much an experience for the boys that they will not soon forget. 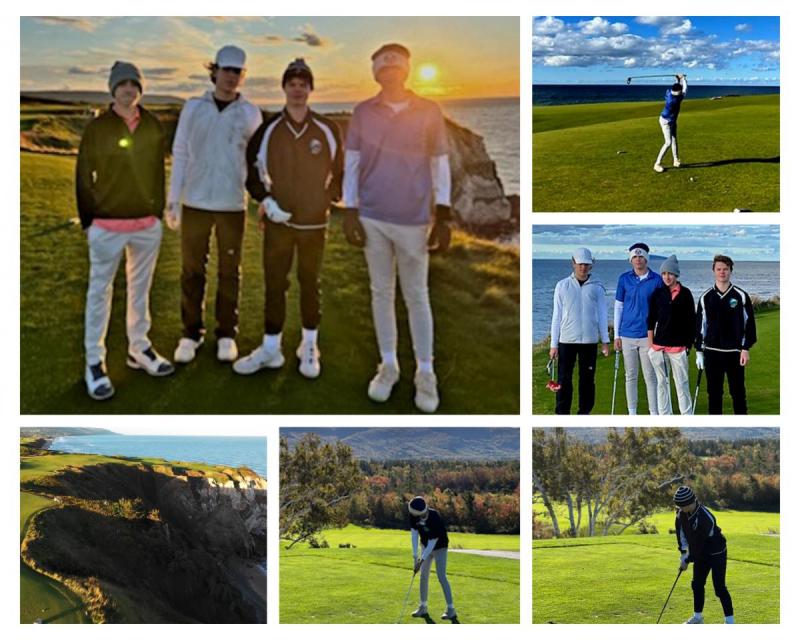